Horses do not sit down!

One afternoon as I walked by my horse's stall I saw that he was lying down. He rarely does this, so I quickly grabbed my camera and started taking pictures of him. As I clicked off frames, my horse began to stand up, but he stopped halfway, with his hind end still on the ground while his front legs were straight. He was using his front legs for balance before pulling himself to a standing position. When a friend of mine saw this picture, she said, "Oh look, here's a picture of your horse sitting down." As I examined the photo, I realized that from her point of view the horse really did look as though he were just sitting in his stall. But horses do not sit. This was actually a photo of my horse in the process of standing up.

When I explained the situation to my friend, we both had a good laugh. But the more I thought about this, the more fascinated I became. My friend and I were both looking at the same picture, yet we saw two totally different things. Why? Because I was looking beyond the picture, applying the knowledge I have about horses to my view of the photograph. 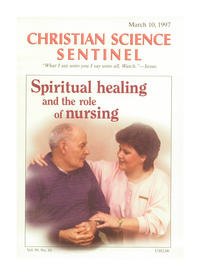