The information we most need

Over the last decade, the phrase "information age" has gained such common currency that nearly everyone accepts it as a definitive description of our modern era. Some, however, have raised significant questions. Author Bill McKibben, for example, writes in his most recent book: "We believe that we live in the 'age of information,' that there has been an information 'explosion,' an information 'revolution.' While in a certain narrow sense this is the case, in many important ways just the opposite is true. We also live at a moment of deep ignorance, when vital knowledge that humans have always possessed about who we are and where we live seems beyond our reach. An Unenlightenment. An age of missing information" (The Age of Missing Information [Random House, NY, 1992], p.9).

McKibben's book goes on to describe a unique personal experiment, which focuses on two distinctly different days. First, during one single twenty-four-hour period, he collects on videotape almost everything broadcast by a giant cable system in Fairfax, Virginia. Incredibly, the televised programming surpasses one thousand hours. Later, over a period of time, McKibben watches it all and records his observations. 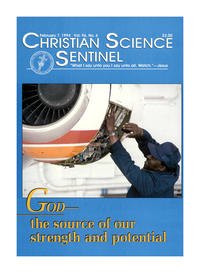