While we were preparing this issue, a friend told us: "Twenty years ago I was in a department store with my mother and a young boy around five whom my mom and dad were hoping to adopt. It was his first day with my parents. He had been in several foster homes and had recently been abandoned. We had walked only a few feet away from him to look at something on the counter when the youngster turned to a woman standing near him and said, 'I need a home. Will you be my mother?'

"It would be as hard to describe the look that woman gave us as it would be to describe how we felt. After about a year the adoption was approved, and the young boy's life changed radically for the better." 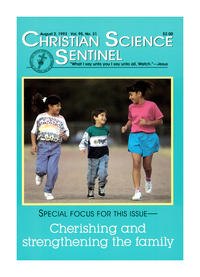