The gods we don't think about

I was pleased. Though I soon would be out of work for four months, I prided myself on my lack of regard for money. I was enjoying life while friends scrambled to find jobs in order to continue bringing in the pay. But when an unexpected expense clobbered my money reserves, I suddenly realized that money meant something to me after all.

I saw that I had been making a god out of money just as much as those whom I had been chiding for having an obsession with earning a lot. In my case, I had become fascinated by how little I was spending. Many people acknowledge that it is not good to become consumed with the drive to make money, but feeling freer because one doesn't have money can be a subtle form of the same error.

Send a comment to the editors
NEXT IN THIS ISSUE
Article
Who's in charge of your body? 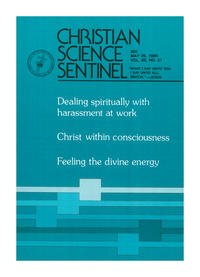