The frequency with which we hear, since the war, of the "failure of civilization" is evidence of the passing of a god which the human mind has been worshiping more and more complacently for many centuries. Civilization has no succinct definition even in dictionaries, but it is generally understood to be the process by which primitive man, so called, is cultivated and refined, or at least subdued and chastened. Up to very recent years primitive has been a derogatory term when applied to peoples, nations, or conditions, while to be civilized has been considered highly desirable. For many years novelists describing the virtues of their heroes and heroines have spoken of them as elegant, refined, cultured, and these novelists have only reflected the thought of the civilized countries in which they lived. 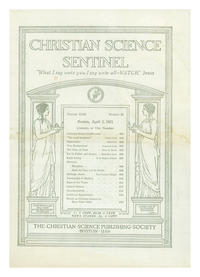