ALLEGIANCE to any cause has only half value if it lacks loyalty, for loyalty can be defined as the active manifestation of allegiance. Furthermore, adherence to Principle or to a given purpose, if not characterized by loyalty, is often more detrimental than open opposition. An attempt to further a cause through a mistaken direction of activity, due often to a lack of knowledge of the real import of ways and means, generally proves hurtful to the cause itself, and harmful to the one taking an unwise initiative. The appointed ones could steady the ark; the well-intentioned Uzza, in ignorantly attempting it, failed.

One view of the motive which actuated Judas holds that he was not a pronounced enemy of the Master, but that he was ambitious, self-willed, and self-conceited. He had been in the company of Jesus for several years, had listened to his teaching and witnessed his healing of the multitudes, the quieting of the waves, and other mighty works, and we may assume that he had strong faith in Jesus of a certain kind. He did not doubt the power of the Master, but, lacking in spiritual perception as well as a true sense of loyalty, he construed the teaching of Jesus to mean an earthly kingdom, in which he as one of the disciples would take a prominent part. As time went by and this material kingdom was not inaugurated, opportunity seemed to be ignored. With perfect confidence that that which he conceived to be the promise would surely come to pass, Judas' patience could not brook further delay, and not doubting but that his Lord would exert his wonderful power when forced to do so for his own protection, which act would necessarily precipitate the looked-for revolution, he ventured to hasten events by taking matters into his own hands, and forcing the issue. The outcome was the tragedy on Calvary. 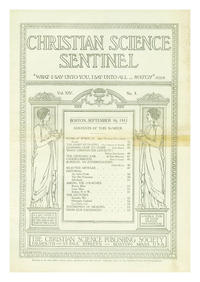