The members of Second Church of Christ, Scientist, London, feel deeply grateful for the progress made in the past year. The love and unity we have experienced have been a source of strength and encouragement to all. 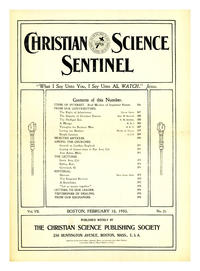