President Roosevelt on the Bible

As all of you know, there are certain truths which are so very true that we call them truisms, and yet I think we often half forget them in practice. Every thinking man, when he thinks, realizes what a very large number of people tend to forget that the teachings of the Bible are so interwoven and entwined with our whole civic and social life that it would be literally—I do not mean figuratively, I mean literally—impossible for us to figure to ourselves what that life would be if these teachings were removed. We would lose almost all the standards by which we now judge both public and private morals; all the standards towards which we, with more or less of resolution, strive to raise ourselves. Almost every man who has by his lifework added to the sum of human achievement of which the race is proud, of which our people are proud—almost every such man has based his lifework largely upon the teachings of the Bible. Sometimes it has been done unconsciously, more often consciously; and among the very greatest men a disproportionately large number have been diligent and close students of the Bible at first hand.

Sometimes, in rightly putting the stress that we do upon intelligence, we forget the fact that there is something that counts more. It is a good thing to be clever, to be able and smart; but it is a better thing to have the qualities that find their expression in the Decalogue and the Golden Rule. It is a good and necessary thing to be intelligent; it is a better thing to be straight and decent and fearless. You may look through the Bible from cover to cover and nowhere will you find a line that can be construed into an apology for the man of brains who sins against the light. On the contrary, in the Bible, taking that as a guide, you will find that because much has been given to you, much will be expected from you; and a heavier condemnation is to be visited upon the able man who goes wrong than upon his weaker brother who cannot do the harm that the other does, because it is not in him to do it. 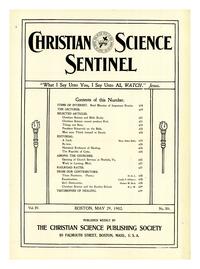