The new battleship Maine was launched at Philadelphia July 27. The State of Maine was officially represented by Governor Hill and his staff. To Miss Mary Preble Anderson of Portland, Me., was given the honor of christening the ship. The construction of the Maine was authorized by Congress May 4, 1898. The keel was laid April 22, 1899, and she is now 58 per cent finished. The contract price of hull and machinery is $2,899,000. Her length on the load water line, 388 feet; extreme breadth, 72 feet 2½ inches. At a mean depth of 23½ feet the displacement is 12,230 tons. She will mount the most powerful battery ever placed on a battleship in this country, if not in the world. Her complement is 35 officers and 511 men.

A movement has been started in Washington, D.C., which, it is hoped, will finally result in changing the date of the inauguration of the President of the United States. The commissioners of the District of Columbia have been requested by the maugural committee to appoint a committee, national, in character, to give the matter careful consideration and take such steps as may be necessary to bring the question before Congress in such a manner as will result in making the desired change. 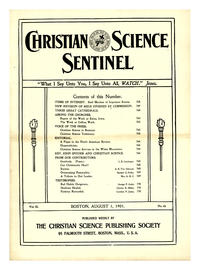