Send a comment to the editors
NEXT IN THIS ISSUE
Article
Men and women—supporting, not exploiting, each other 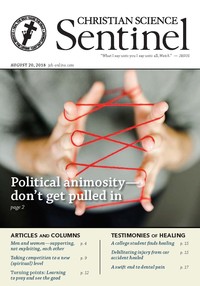