‘In the midst’ with the Christ

As one of Jesus’ disciples, John may have been an eyewitness to an account recorded in chapter 8 of the Gospel of John. Jesus had been teaching in the temple, and the scribes and Pharisees brought a woman caught in the act of adultery to him. They put her “in the midst” of them. The atmosphere appeared to be charged; there seemed to be a premeditated approach to attempt to force Jesus to make a choice between his teachings and Mosaic law, which as they mentioned for this offense mandated stoning.

Right “in the midst” of all of the tension, Jesus remained undisturbed. Choosing not to get drawn into an argument, he stooped down and with his finger wrote on the ground, as if he hadn’t heard them. 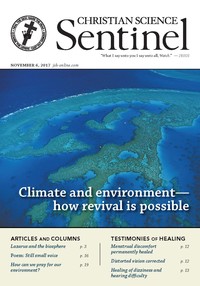