Adapted from an article published in The Christian Science Monitor, February 10, 2016.

As the global campaign for integrity in government has gained strength over the past decade, it has become easier for whistle-blowers to stand up against graft. A good example is the February 3 resignation of Ukraine’s economy minister, Aivaras Abromavicius. He quit, citing pressure on him to help wealthy oligarchs keep their powerful grip on state-run companies. The ripple effect was huge.

His brave stand for ethics triggered the International Monetary Fund to threaten that it will not give at least $1.7 billion in financial aid to Ukraine. This is not the first time the IMF has used its clout to force a country toward clean governance. But the IMF chief, Christine Lagarde, was unusually strong in her condemnation. And in a sign of how much the fight for honesty and transparency has gone global, she warned Ukrainian leaders that they “are accountable, not only for the Ukrainian people, but also to the international community.” 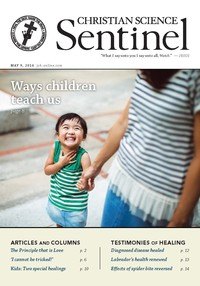