In a smaller world, giants must tread with care

China threw a firecracker into global markets Tuesday [August 11] by devaluing its currency. The sudden move by the world’s second largest economy, which will give its exports a boost, came as the United States, the world’s largest economy, plans to raise interest rates for the first time in years. The US move, aimed at heading off inflation, might also roil markets. The message from both actions is clear: A tightly knit global economy needs a new system to help countries rise above economic nationalism and take better regard of others before they act.

China’s surprise manipulation of its exchange rate is the type of beggar-thy-neighbor move that various global rules since the 19th century have tried to prevent. Beijing seeks a competitive edge for domestic needs without much consideration of the greater global good. In the US, too, the Federal Reserve has no mandate to consider foreign concerns as it prepares to hike interest rates. 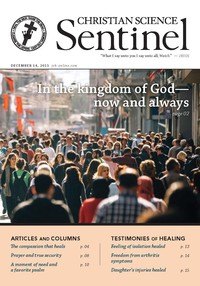