A spiritual approach to ethical dilemmas

TODAY'S HEADLINES are filled with reports of ethical dilemmas. Among them: the global debate about torture; voters' views of corrupt politicians in the United Kingdom, and elsewhere; and how to solve the financial crisis that began in the US and has spread around the world.

A recent opinion piece in The New York Times drove home the point that financial crises are often mired in dubious ethical practices. Suki Kim wrote of her native South Korea: "In 1999, af ter the Asian financial crisis, the South Korean government encouraged banks to issue credit cards to as many people as possible as a way to increase consumer spending (as well as to make it easier to collect taxes . . .)." Those who instituted the policy may not have anticipated that credit cards would be accepted so readily. But "by 2003 [people] owned on average four credit cards each and their collective debts amounted to about $100 billion" ("Notes From Another Credit Card Crisis," May 18, 2009). 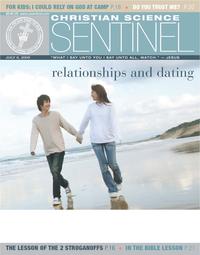