PRAYER POWER AND THE END OF THE BERLIN WALL

ST. NIKOLAI EVANGELICAL Lutheran Church hasn't changed much since the 16th century. Bach once played the organ here and the music remains alluring, but it is the church's more recent history in the last days of the Cold War and its role in the fall of the Berlin Wall that draw tourists today.

The Rev. Christian Fuhrer became the pastor at St. Nikolai in 1980, when the world was divided by the Cold War between the Soviet Union and the United States. Germany itself was split in two, most visibly by the wall the East German government—the German Democratic Republic—built in Berlin in 1961 in an attempt to keep its people from fleeing to the West. 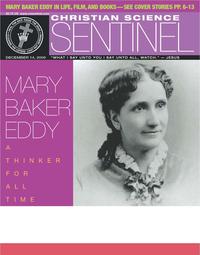