IT'S ENCOURAGING WHEN PEOPLE APPEAR INCREASINGLY READY TO SEEK AND FOLLOW THE BIBLE'S INSPIRED PROMISE OF ETERNAL GOOD.

IS HELL BECOMING obsolete? According to an extensive study by the widely respected Pew Forum on Religion & Public Life, the answer may be yes. An unusually large polling sample of 35,000 Americans, representing many different religious groups, as well as atheists and agnostics, confirmed what experts have been observing for some time now—public belief in hell is losing its foothold. 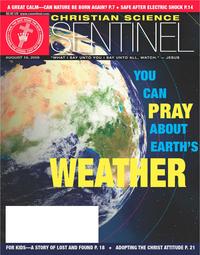