From refugee to refuge found

MY COUNTRY has suffered severely during my lifetime. In addition to recent warfare and civil unrest, the Democratic Republic of Congo endured decades of rule by an undemocratic regime, which fostered corruption, political manipulation, and financial malpractice. However, it was also during this time of suffering that I learned some very important lessons—about honesty, from my father's example; and about home, from the challenges that followed his stand for honesty.

In 1994 when Congo was still known as Zaire, the government set out to purge the payroll that was stuffed with fictitious agents. My father was put in charge of the list for the Department of Post Offices and Telecommunications for the whole country. This was a gigantic task and was to be carried out in secret within a certain deadline. My father asked me to help, and I put all my heart and time into this noble work. This effort would have saved our government several millions of zaires (the currency at the time), money that was making its way into the pockets of people under cover of immunity. 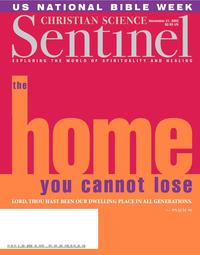