news and trends worth

"Spirituality sure sells. After ETC Networks Ltd. and the Times Group announced plans to start religious channels [In India], several such channels are set to be launched shortly. Among the prominent ones are Mata Amritanandmaya's channel called Amma, the Brahmakumari Ashram's Om Shanti-The Peace Channel, the RSS-backed Sudarshan Channel, and two others called Satya and Sanskriti. 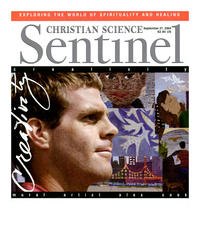