"Public radio offers news , comedy, even car-repair advice—but it usually steers clear of spirituality. Now a new series, Speaking of Faith, hopes to fill that void. The program, launched nationally in July 2002, has been picked up by more than 50 stations across the [US] .... Bill Buzenberg, senior vice president of news for Minnesota Public Radio, says the program of overdue. 'The media generally do a fairly poor job of covering religious issues. Often it's just the controversy that gets covered in the news pages, or on the networks, or even on public radio,' he says. 'We need to cover religion where people are, not just at the extremes.'

"The show is hosted by Krista Tippett, an Oklahoma native and the granddaughter of a Southern Baptist minister. Tippett, a journalist-theologian with a master's degree in divinity from Yale University, has done work for Newsweek, The New York Times, and the British Broadcasting Corp. The former Fulbright scholar calls herself 'a person of faith.' 'I'm a Christian. I don't apologize for that,' she says. But her goal isn't to convert people or to debate religious doctrine. Instead, Tippett says, she wants to get people from all religious backgrounds to share 'how their faith really shapes them. It gets people to speak in the first person, the intersection of theology and human experience, which is to say "real life." We're allowing deeply religious people to speak in deeply religious ways, which is very new in public radio,' she says.... 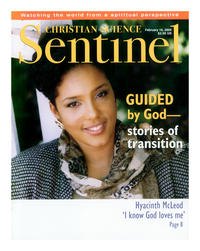