The Mastery of Fear

The world is always tracking down some new peril and trying to cope with it. Yet the world does nothing about fear itself—the emotion within that trembles more than any earthquake, flames more than any fire, gusts more than any wind. Some moderns teach that fear is healthy because it alerts to danger. Why not wisdom instead?

Four hundred years ago a writer said, "Whenever conscience commands anything, there is only one thing to fear, and that is fear." This thought was echoed by Montaigne, Bacon, Thoreau, and Roosevelt. But if the race has known this much, why hasn't more progress been made in casting out fear? Because mankind have not learned what fear is. Until one knows the nature of the enemy, its armament and theater of operations, how can one win the battle, then the war? 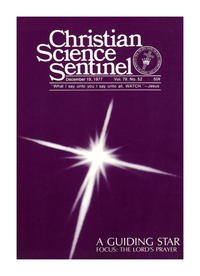