The Boston Transcript says: "There is in Havana a church that cost above $50,000, in which religious services have never been held. It was built twenty-five years ago by the Marquesa de Pinar del Rio, for the accommodation of Protestant residents of Havana. To the dismay of the donor and her friends the King of Spain issued in 1876, a few months before the church was completed, a decree forbidding the holding of religious services in any building solely set apart for that purpose and showing irom its outward appearance to be other than Roman Catholic church. The church is in the Vedado or fashionable residence section of the city. It has never been used. it was not mentioned in the king's decree, but so carefully described that public officials enforced the law against it. Some years ago it was acquired along with other property at a judicial sale, and is now offered for rent or sale at a nominal price. Several religious bodies in this country, projecting work in Cuba are negotiating for it; for whatever the outcome of the controversy over the Platt amendment, there is no longer any doubt of religious liberty in the island."

A writer in the (Unitarian) Christian Register says: "When David told his son to be a man the doctrine of total depravity was not in fashion. He had never heard of it; and, besides, that doctrine would make such heroic counsel quite absurd. The more a man was a man, the worse and worse would he be; but now it is not so. It is the highest and wisest and best counsel you can give. Man, manly, humanity,—these are the greatest words in the language. They mean, first, that kind of being that is of the same nature with God; and they mean that kind of action and character that is all honorable and all good, Godlike. When we talk of man in the highest sense, we mean his being and his character. We do not mean the accidental facts or circumstances that may belong to him: we do not mean rich man, poor man, tall man, short man, handsome man, or homely man, nor even good man or bad man. We mean that which is deeper and more profound than all or any of these, and includes all that excellence of which his nature is capable in this sphere of being. 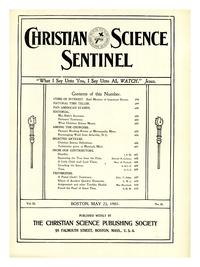