When at school and considered properly advanced to begin the study of algebra my father was asked to purchase a book. But not having any understanding of it himself he wanted to see it before he consented to get the book, so a copy was shown him. But immediately upon looking into it and observing the little x's, y's, and z's, and hearing of the many difficult and perplexing problems that could be solved through its study, he condemned it for he said he did not believe one word of it, for it did not seem to him to have any sense in it. So he did not get the book, but my teacher was anxious that I should begin, and kindly loaned me a book. After I had gained sufficient understanding to demonstrate some of the problems, I one day handed my father my arithmetic and told him to give me a problem to solve, telling him I was going to work it according to algebra.

After giving out one example after another, and seeing how accurately they could be solved in the "new way," he objected no longer to the study and ever thereafter believed in algebra. 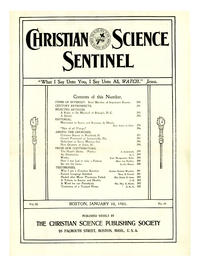