The feeling in England against vaccination as a preventive of smallpox is now clearly shown. In a single town, Oldham, in Lancaster County, forty-three thousand certificates of exemption have been given to parents, who applied under the conscience clause in the law recently enacted; and this, or something just like it, is true of all the towns in England. Mr. Alfred R. Wallace calls the penal enforcement of vaccination a crime. So, too, is the legal enforcement of anybody's whim in medical practice.

Mr. Wallace, in his terrible arraignment of vaccination, shows a diagram of the London death-rates from zymotic (contagious) diseases from 1760 to 1896, and separate lines showing the death-rate for the same period from smallpox, which was the only disease (zymotic) for which vaccination was used as a preventive. The result shows the same decline in all zymotic diseases, as is shown by the decline of vaccination; and this proves that vaccination had nothing whatever to do with the decline, all other unvaccinated diseases declined in the same ratio. 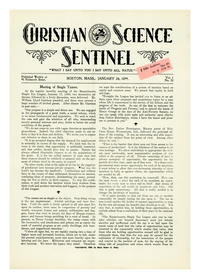