A little over a year ago I had a fall, and 911 was called for emergency assistance. X-rays taken at a hospital revealed a dislocated shoulder and a broken collarbone. Four attempts to put the shoulder back into place failed, and it was determined that surgery was needed.

The surgeon required an examination by a doctor to see if I was healthy enough for surgery. The surgeon received confirmation from the doctor that I was fit for surgery, but then the global pandemic hit, and all non-emergency surgery was canceled. It was some time before another appointment was made with the surgeon. When I was able to go in again, it was decided that the surgery wouldn’t be a good idea because of my age. It seemed I was back to square one. 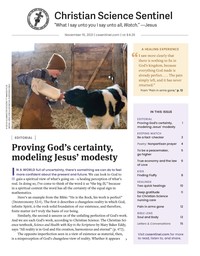