Blame seems so entrenched that it tends to show up in every aspect of society. In one of his books, Coach John Wooden speaks to the point of personal conduct. He told young athletes in his basketball clinics that if they blamed somebody else for their poor conduct, “that’s weakness” (Wooden: A Lifetime of Observations and Reflections On and Off the Court, 1997, p. 37).

In terms of group dynamics, when a discussion starts to assign overwhelming responsibility for failures or mistakes, it’s known as blamestorming. The term has become popular in the past few decades, but this pattern of behavior has actually been around since Bible times. The word blame derives from the Latin word blasphemare meaning blaspheme, reproach, revile. 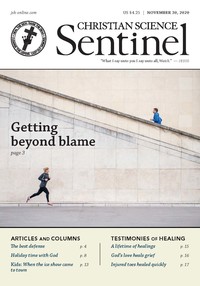