In one of my earliest jobs, I worked in a department where I was the only woman, and my colleagues took great delight in telling off-color jokes and making sexist remarks in my presence at staff meetings. My boss thought this was funny and joined in. I didn’t find any of it funny and became increasingly uncomfortable.

When I applied for a promotion in my department, I was not even interviewed, although I was very well qualified for the position. A man who was my junior was hired instead. When I asked my boss about this, he took my face in his hands and said that I was so pretty, why didn’t I just get married and not worry about it? 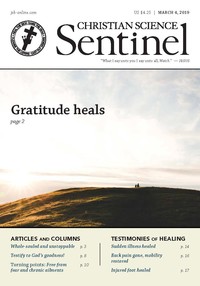