Adapted from an article published in The Christian Science Monitor, October 4, 2016.

A popular hashtag on Twitter these days starts with #prayfor, followed by the place of a major tragedy, such as #prayforAleppo or #prayforOrlando. In the United States, major media have begun to take note of the high number of prayer services held in religious institutions, especially after such tragedies.

At a time of a decline in church attendance, why is prayer still so prominent in the public square? 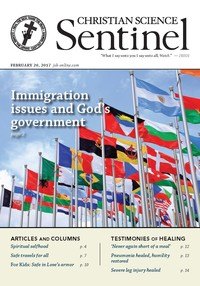