One more reason state lotteries are a ticket to nowhere

All but six states now rely on profits from lotteries for as much as 8 percent of their official revenue. A little-known secret is that many states also rely on something else to lure people to gamble and to keep revenue flowing: publicizing the names, even the faces and locations, of the biggest winners.

This practice of exploiting winners for publicity is often justified as necessary to prevent the impression of fraud in state lotteries, or that officials might have been keeping the money. Yet the transparency, which may seem right for government, also has subjected many big winners to scam artists, greedy distant relatives, or even violence. And as digital media make it easier to track down winners, a number of states are debating measures to give winners a choice of privacy, or at least to delay their exposure to the pressures of sudden wealth until they can protect themselves. Only a few states now grant anonymity as a rule.

Send a comment to the editors
NEXT IN THIS ISSUE
'To Bless All Mankind"
Gambling or God’s law of goodness? 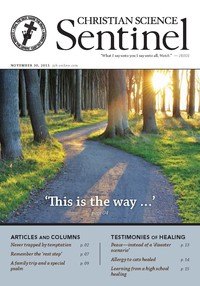