Looking for a perfect focus

I’ve been studying courses on filming, in school, for the last three years. I’ve enjoyed these classes so much that I’m seriously considering filming as a possible future career. I have learned and am still learning a lot of things I enjoy very much, from the detailed study of how great films in cinema history have been made, to how to convey a specific message in a movie. But what I really like is to discover different ways to shoot the same scene. And also to see that, when deciding on a take, how much the selection of a certain perspective can change the impression of the subject who watches.

For example, filming a person from an angle below their eye level underscores a position of power, while the opposite effect can be achieved when shooting them from a point above their eye level. Also, placing the camera somewhat sideways, instead of having it straight, immediately gives the viewer a sense of restlessness or nervousness. This last technique is called dutch tilt.

Send a comment to the editors
NEXT IN THIS ISSUE
Article
Are you really a bank robber? 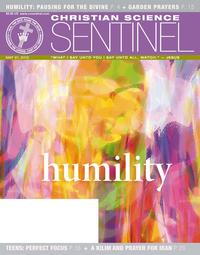