“Let’s not make a religion out of secularism” Editorial, The Age [Victoria, Australia] © Fairfax Media Ltd. All rights reserved. The printing, copying, distribution, or reuse of this material without permission is expressly prohibited. April 22, 2011

There was a time when those who prophesied the death of religion portrayed what would follow that demise as a blissful era of tolerance, freedom, and respect for the dignity of all. When the world had cast off its superstitions, so the argument went, the greatest cause of hatred and dissension would be removed. It has not happened. In part this is because, despite all the confident predictions, the death of faith is not in sight—not even in the avowedly secular West, and certainly not in other parts of the world. But it is also because the predictions themselves have taken on a particularly strident and belligerent tone. Religion of any kind, but especially the monotheistic faiths that were formative influences on Western civilization, is routinely characterized by campaigning secularists as not merely false but as the root of all evil, too. Adherents of those faiths are spoken of at best with condescension and ridicule, and sometimes with outright hostility. Ironically, there is often an evangelical fervor in this anti-religiosity, which, by denying all intellectual and moral legitimacy to that which it opposes, has acquired some of the worst traits of the faith of past eras. . . .

A society that takes cultural diversity seriously respects its members’ defining beliefs; it does not seek to conceal them, which too easily becomes a covert way of trying to suppress them. And a society that takes education seriously does not shrink from teaching pupils about religion. It is a part of human culture, and seeking to excise it from culture would be an impossible exercise, one that would render unintelligible even many beliefs that secularists hold dear. . . . 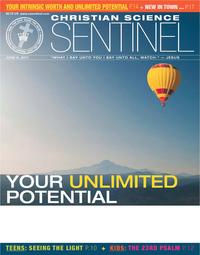