AN END TO MIGRAINES

For many years I suffered from intense migraine headaches, until, through Christian Science prayer, I was permanently healed.

This condition, which began in my early teens, often sent me to bed. I would hardly be able to keep my head up or hold any food down. Any kind of stress or anxiety—such as taking an exam or giving a report, and later, work issues or making difficult decisions—would trigger an attack. Even though as an adult I was studying Christian Science, and knew that a healing could take place, I guess I just accepted migraines as something I had to live with. 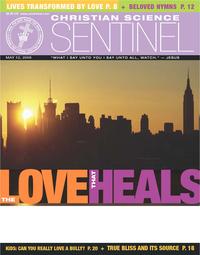