The buildup toward war with Iraq has captured the world's attention through the international press, and it has elicited a flood of comment on all sides of the issue. Many accept the inevitability of war, while others make earnest pleas for a peaceful alternative. As political, diplomatic, and military strategies are aligned, war seems increasingly likely and the world is bracing for it.

But is war ever inevitable? Must explosive forces detonate? I do not believe progress requires that people be killed. Actions impelled by imperfect motives—such as selfishness, ignorance, hatred, greed, and arrogance—lead to suffering and death. But actions impelled by progress alone do not require death as a necessary concomitant. 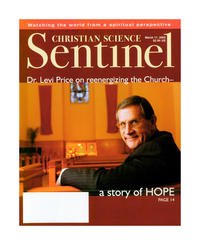