"Sophia Marriage is one of a number of professionals who are leaving their high-flying careers to train as [Anglican] priests. . . . With the full support of her civil servant husband, who is not particularly religious, she left behind a lucrative career to follow her spiritual calling. . . . Judging by her fellow trainees, she is one of a growing number of professionals who are hearing the call of God. The majority of those training alongside her have come from other careers. They were lawyers, teachers, fundraisers, high-level administrators, and academics and range in age from their late twenties to early sixties.

"At a time when only one in ten Scots attend church on a weekly basis and many mainstream religions are having a tough time attracting new ordinands, these professionals seem to be bucking all the trends. They have, in part, been attracted by more opportunities. The Episcopal Church, part of the Anglican Communion, is training more lay people to be involved with the ministry, as well as encouraging retirees to work as non-paid priests. Many of those in Marriage's program will participate in this capacity. The Church of Scotland is about to appoint its first woman moderator [presiding officer], and it's only a matter of time before women also rise through the ranks of the Episcopal Church. However, Marriage counts none of these among her reasons for such a radical career change. 'Who knows what the future holds?' she says. 'I started off on this path and thought, "I will be used and allow it to happen." But it is nice that women's gifts are fully recognized and to know that they are not barred from certain posts because of gender.'" 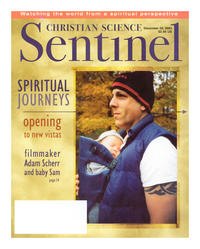