"The ongoing war against HIV/AIDS has received an added boost with the launching of a non-governmental organization (NGO), Inter-Faith HIV/AIDS Council of Nigeria, by Christian and Muslim leaders to fight the deadly scourge. The new NGO was formed in conjunction with The Balm in Gilead, an African American NGO in the United States.

"The Inter-faith HIV/AIDS Council was formed ... to address HIV/AIDS issues in response to The Balm in Gilead's call to the communities to come together to address the ever-growing problem of the disease in Nigeria. The first meeting of The Interfaith HIV/AIDS Council of Nigeria was convened ... on April 16, 2002, in Abuja. The new NGO, which has as its motto 'In Love, Unity, and Hope we fight HIV/AIDS,' stated that its mission is to empower religious organizations to play a leadership role in stopping the spread of HIV/AIDS in Nigeria and to support those infected and affected by the virus." 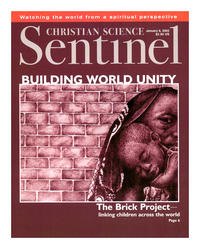