Victory over new forms of warfare

The nature of warfare has evolved through the ages. The distant chivalry of knighthood has long since vanished, and even contemporary rules of engagement have evaporated in the face of military and political strategies. Castles and forts are obsolete. Trench warfare gave way to foxholes, and foxholes, to the subtlety of "friend by day-enemy by night." And now, warfare has taken on the tactical compound of mental manipulation and violent physical explosion.

In the absence of any conventional form of human codes, how is this 21st century warfare to be fought—and won? 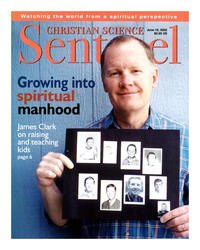