A valuable lesson in gratitude

Some years ago when I was living in Nashua, New Hampshire, I noticed that the trash collectors were collecting the trash cans and then just throwing the cans down on the streets before they drove off. This bothered me. The cars would run over the lids, or in trying to avoid them would bump into the cans themselves. This was an eyesore to the community, and it was aggravating to me because I felt that the workers were being careless and indifferent. At one point I thought, They must not like their jobs and they're taking out their frustration on the community.

This went on every week, and I was letting it get to me. I'd fume about how thoughtless they were. But I wasn't feeling good about it, nor about myself or the community. I decided I needed to pray about this. 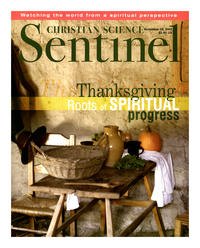