A Man I Know was in desperate circumstances. He lived entirely alone. He would sometimes have fits of raving. He would tear his clothes and cut himself with sharp rocks. Sometimes others would try to restrain him, but nothing could hold him for long. Even when he had been locked in chains, he broke loose. He was living in an almost unbelievable situation—among tombs.

Then one day, the people from the community heard that something had happened to the man. They went to see him and found him sitting quietly, dressed normally, completely at peace. He was transformed—no longer angry, confused, or self-destructive. 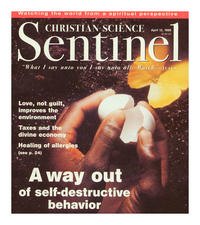