How we learn to trust God

Our hands are clasped in His.

The two kittens studiously ignored us as they padded across the table, sniffing the air and shying at every ring, buzz, and bang that echoed through the shelter. As one of them stalked toward the edge of the table, I instinctively reached out to stop him from falling. Having no reason to trust me, however, he gracefully sidestepped my hand, proceeding toward and then over the edge of the table. Unhurt by his tumble, he merely glanced at us over his shoulder, turned his back, and walked away.

A half-hour later, we left with Gilbert and Sullivan tucked into a cardboard box on the back seat of the car. The fact that we had chosen them, however, did not mean that they would choose us. We were on trial. Every overture we made was greeted with bristling backs and flattened ears as each made his escape to their lair under the piano. 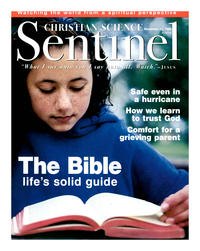