Safe travel: a Titanic or an ark experience?

When Lt. Charles H. Lightoller took his post as second officer of the Titanic, he couldn't have known that in a few days he would be standing on the deck of a sinking ship and helping people get into lifeboats. Nor could he have anticipated that he would shortly be struggling to save his own life as the massive ship plunged into the depths.

Though his experience has garnered far less attention over the years than the larger tragedy swirling around it, his message is in some ways more instructive, because it speaks of deliverance under seemingly impossible conditions. 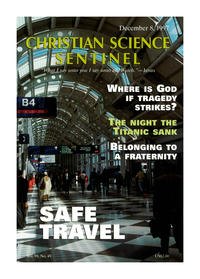