Problems ... the opportunity for solutions

It's often common usage today to refer to "problems" as something negative, annoying, burdensome, even agonizing at times. People speak of problems at work, or problems with their children or their marriage, or health problems. Yet, inherently, the word problem can also suggest something quite positive: a solution.

In mathematics, one tackles a problem both looking for and expecting a solution. What kind of a mathematician would someone be who simply threw his hands up (or threw down his pencil, or shut off the computer) every time he was presented with a problem! His very work is oriented toward solving problems, not running or hiding from them, or hoping they will go away. In fact, one dictionary defines problem not only as "a question proposed for solution" but also, in mathematics, as "anything that is required to be done." The mathematician welcomes opportunities to prove what he has learned, or even to chart new territory in unexplored areas of his particular field. 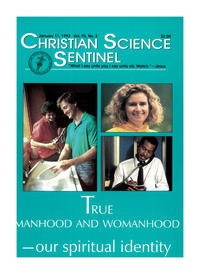