What is the best use of your life?

On a radio talk show, the guest was telling about a man he once knew who worked as a toll collector on the Bay Bridge in California. The speaker said he had never forgotten this gentleman. There was something extraordinary about him. It seems that while his fellow employees, who were performing the same routine work to which he was assigned, appeared to be "simply dead on the job, just going through the motions," this man was dancing!

He literally danced through the hours. His hopes were of becoming a professional dancer one day, and he took advantage of every available opportunity to train himself. The man had come to the realization, as the talk-show guest said, "that he had the same two choices every human being had. He could either give up and let the dream die, or dance in the tollbooth." 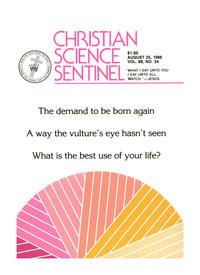