"For the master's use"

Every time we have an idle thought, we are among the unemployed. Every idle thought contributes to the problem of unemployment instead of helping to heal it.

In the parable of the talents in the Bible, See Matt. 25:14–30 . Christ Jesus tells of a man about to travel to a distant country. Before his departure, he gave his servants different sums of money: five talents to one, two to another, and one to a third servant. Upon his return, he found that the first servant had used his money to make five more talents. The second servant had also doubled his money. The third servant, however, had buried his in the ground, so he was not allowed to keep even that one talent. 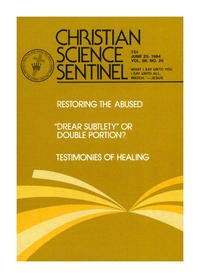