National and international politics often arouse intense emotions—especially during election years or times of tension between countries. Deeply held views can sometimes overwhelm people's usual peaceful tendencies. On the international level this sometimes is illustrated by vitriolic exchanges between leaders of nations. A similar phenomenon may occur between candidates for political office and their supporters.

Such high-pitched emotions can lead us to feel we could never support "so-and-so" or that we would give anything to get "him" out or keep "him" out of office. It doesn't take a whole lot of thought to realize that such a charged atmosphere isn't helpful to the leaders or the candidates, especially when they are seeking solutions to difficult challenges. 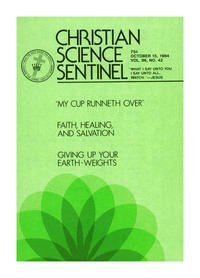