Because Christian Science challenges the belief in the objective reality of the material universe, it is sometimes casually classified with Oriental philosophy and religion such as Buddhism and Hinduism. A closer study of either Christian Science or these Oriental thought systems shows that any apparent similarity is at best limited and superficial. Actually, they are essentially and radically different both in metaphysical concepts and practice. And perhaps in no area is this more important than in how Christian Science and Oriental philosophy view the self.

In his highly acclaimed book Buddhism: Its Essence and Development Edward Conze summarizes the Buddhist concept of self this way: "The specific contribution of Buddhism to religious thought lies in its insistence on the doctrine of 'not-self' (an-atta in Pali, an-atman in Sanskrit). The belief in a 'self' is considered by all Buddhists as an indispensable condition to the emergence of suffering." He further states: "It is not denied that the self, etc., are data of the world as it appears to commonsense. But as facts of ultimate reality, we must reject the 'self,' and all kindred ideas. This step has an important corollary. If there is no such thing as a 'self,' there is also no such thing as a 'person.'" Buddhism: Its Essence and Development (New York: Harper Colophon Books, 1975), pp. 18-19 . 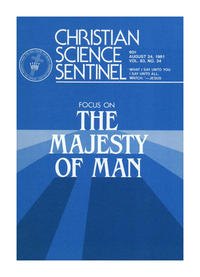