Do devils exist? Some people believe they do. The newspapers tell us of today's growth of interest in witchcraft and satanism. Organizations exist in which the central purpose is glorification of the devil, and indulgence in the seven deadly sins.

Probably most people would reject the belief that the devil, or Satan, exists as a malevolent anthropomorphic entity with horns and a tail. But even while professing allegiance to God, or good, as the one creator and all-powerful governor of the universe, some may concede, as did the Apostle Paul, that there seems to be evidence to indicate that an evil mind or force does operate in the world to hinder, if not to destroy, good. 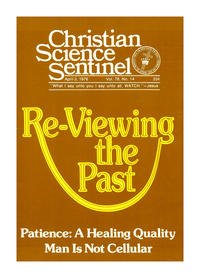