A Revolution in Type Casting

A new method of casting type at high speed has been invented in England. This method is so swift and withal so inexpensive that hereafter it may be cheaper to make new type than to distribute the old, and type once used will go at once into the melting-pot. The process is described in The Publisher's Weekly as follows:—

"Briefly, it is performed by a rotary machine capable of producing sixty thousand types in an hour, as against the average three thousand types cast in an hour by the ordinary type-casting machine now in use. While the ordinary machine casts only one letter at a time, the new machine casts a whole alphabet in proper proportion. A single one of the new machines in full operation produces half a million types a day. Distribution, therefore, becomes a waste of time. The advantage held out by the project, however, consists not merely in economy of time and money in the composition of a book or newspaper, but also in the printer's having at his disposal a perfectly clear, sharp, undamaged surface from which to obtain an impression every time he puts his work on the press. The types, we learn from another source—The British and Colonial Printer—'are most accurately cast and finished, and although cast at a phenomenally high rate of speed, are quite equal in appearance and wear to any type cast in the ordinary way.... The prices charged are only about half what other founders charge.' 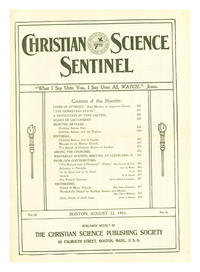