A Most Wonderful Invention and Piece of Mechanism.

Years of continuous experiment and the expenditure of a million dollars were required for the invention of the Mergenthaler Linotype. The linotype is pronounced by the London Engineering to be "the most remarkable machine of this century." Its invention and introduction are effecting a revolution in the business of printing newspapers and books which is scarcely second in importance to the wonders wrought by electricity. 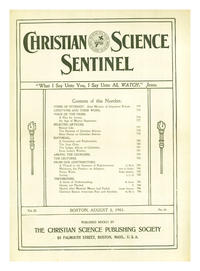