FIFTY years ago, August 28, the first submarine cable that the world had ever seen was laid between Dover and Cape Grisner, and the first message to be sent under the sea was despatched from the white cliffs of England to the promontory on the French coast. Such a commonplace of every-day life has the submarine telegraph become that few of us realize that fifty years ago its possibility was rejected by all except a few enthusiastic men of science, who, fortunately, lived to see their dreams realized. Mr. John Watkins Brett, in a lecture delivered before the Royal Institution on Friday evening, March 20, 1857, gave an account of the part. he had taken in the promotion of submarine telegraphs, and narrated the history of the enterprise. Mr. J. W. Brett's first idea of submarine telegraphs arose out of a conversation with his brother, Mr. Jacob Brett . early in 1845, when discussing the system of electric telegraphy which, as all the world knows, was first put into practical operation in England on the Great Western Railway, from Paddington to West Drayton, in 1838—9. 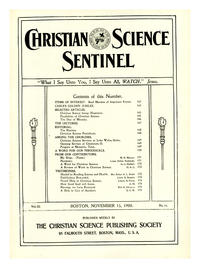