The destruction of the Spanish fleet in the harbor of Manila by the United States naval squadron commanded by Rear Admiral Dewey, followed by the reduction of the city and the surrender of the Spanish forces, practically effected the conquest of the Philippine Islands and the suspension of Spanish sovereignty therein. 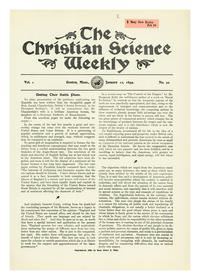