What post-ISIS Iraq can do for peace

Adapted from an editorial published in The Christian Science Monitor, August 17, 2017.

The collapse of Islamic State (ISIS) strongholds in Iraq is proving to be more than a military victory over terrorists. The two-year battle against the militant sectarian group has also awakened Iraqi leaders to the need to mend relations between Sunnis and Shiites—and not only in Iraq. With a renewed drive for national unity, Iraq also now sees itself as a possible mediator between the region’s rival powers, Iran and Saudi Arabia.

Iraqi leaders have visited Saudi Arabia, mainly to gain economic support in rebuilding Iraqi cities destroyed by ISIS. The mainly Shiite government in Baghdad needs Saudi help to rebuild Sunni areas such as the city of Mosul. But Iraq also wants to reduce the influence of Iran, which has supported Iraqi Shiite militias involved in the anti-ISIS fighting. To reconstruct their country, in other words, Iraqi leaders need a rapprochement between its giant neighbors. This explains reports of Iraq offering to be a go-between. 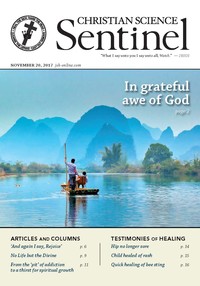